I don’t know if it is because I cut my fishing teeth in the estuaries of the Southern Cape, but I love river fishing! It’s a bit of a cliche for me, I know because I love all kinds of fishing, but the river has a special place in my heart. None more so than the Breëde, the Breëde is special! The place just offers so much, it’s one of those places where every cast is a potential dream fish, a new personal best or a fish of a life time.

From the first time I visited Witsand in 2013, I have been crazy about the place. Every time I go there the excitement overwhelms me and then when I leave it feels as if a family member has died. It’s always as if Leonard Cohens “So long Marianne” is playing in my head when I undertake the long drive home. “Now so long Wiiiitsaaand, It’s time that we began to laugh, And cry and cry and laugh about it all again”…

The previous day had taken its toll. Heila walked all the way from the Lodge to our fishing spot just to be blown away by the wind. She was all happy smiles and giggles when we started off and even helped to collect some mud prawns. But there was only so much a 5-year-old could take and only ten minutes after we arrived she asked that dreadful question, “When are we going home?”

I knew the weather prediction was windy the whole day long but I wasn’t prepared to walk all the way back to the lodge and then back again to the bay we were fishing. So I lied, “the wind will quiet down now-now”. She wasn’t happy but she knew that if she continued nagging, she might not be invited next time.

It was really unpleasant and I had to hide her from the elements under a bush. I took off my jacket to make a pillow and then wrapped her in towels and a blanket. There, hidden from the howling outdoors she slept for a couple of hours. Heila was very happy when she got up and saw her mom and aunt arriving. She was ecstatic when they said that they were leaving just after they arrived. Conditions weren’t great.

My brother in law and I continued fishing for a couple of hours. I had a take and the fish took off like only a Tiger can. I could feel by the weight on my rod that it was a much better fish but somehow the hook pulled and it was another “so long”.

We were rewarded for our persistence with a nice Grunter. A smaller fish than the one I lost earlier but it had to do. As the day dragged along the conditions got even worse. It’s no fun fishing in elements that would make Bears Grills go, “F This S”! Eventually the taste of a cold beer in my mouth got the better of me and we decided to call it quits and head home…

The next morning I tip toed into our daughters’ room. I didn’t want to wake the smaller one so I whisper-asked our 5-year-old if she would like to go fishing with us. She wasn’t keen at first, but when I informed her that there was no wind and then promised (with my fingers crossed) that if the wind picked up we could come home, she jumped out of bed!

On our way to the fishing spot we came past one of those information boards with pictures of all the different fish species. I pointed to the Galjoen (because I thought she would recognize it the easiest) and asked what fish it was. She said that she didn’t know but that the fish in the top left, the one with the spots, was a Grunter.

We continued down the river bank and I couldn’t help to think of the first time I saw a “Knorhaan”. I thought of my granddad and uncle and how privileged we were fishing together all those years back. I thought of how lucky I got being able to take my kids fishing and exposing them to the great outdoors. I got pulled out of my thoughts with Heila excitedly pointing to a tailing Grunter.

It was a perfect day! No wind what so ever and every little movement of a fish was revealed by a disturbance on the water’s surface. We had a couple of prawns left from the previous day and I quickly set up the rods and made the first casts.

I have only one rule and that is, “You don’t touch those Shimano Stradics with dirty hands”.  This is usually the cause for some comical moments. Heila would get a bite, then she has to run the water’s edge first to wash her hands and only then can she proceed to “catch” her fish. Fishing and building sand castles at the same time isn’t easy.

The fish wasn’t too enthusiastic at first and it took a couple of minutes to get the first bite. It seemed as if the smaller critters were off the bite early morning. But the more the day brightened the hungrier they got. Even though I got frustrated my fishing partner was having the time of her life and with each little Stumpnose she got louder. “Three – Nil, Four-Nil, Five-Nil” she kept score. It was myself and Heila against uncle Johan… he had no chance!

Then the magic happened! Heilas rod bent forward and line was screaming of her reel. She almost grabbed the rod with dirty hands, but then made a perfect sidestep past the rod to wash her hands before returning to the rod. Fearing that it might get pulled into the river, I was shouting at her to forget about her hands and grab the rod. When a “proper” fish bites, all rules go out the window.

She fought the fish like a pro, letting it run when it wanted and only reeling when the fish swam towards us. My suspicions about the “colour” was confirmed when I saw a spotted golden flash in the shallows. “Liefie dis ‘n Grunter, nou moet jy stadig” was all I could get out. The fish went on another couple of runs which gave me a slight panic attack each time. They are top fighters, one of the best on light tackle.

It was going to be our day and after a couple of nervy moments we were posing for a photo with a 30cm fish. Heila’s first ever Grunter! For me it felt like I had come full circle. For Heila it was only the beginning of a circle that I hope and pray will bring her even more joy and happiness in the coming years.

When we drove out of town the Sunday afternoon uncle Leonard was in my head again. But this time we laughed, then we cried because we were leaving, and then we laughed and laughed again…

I got invited by Eugene and Christina to stay in their places in the Breede River Lodge for the weekend. We had an absolute jol!

They have two places next to each other which they rent out.

Barry 409 is a small unit with a double bed, bathroom and kitchenette. Its perfect for a young couple (or if you don’t mind sharing a bed with you fishing buddy)

Barry 410 is a bigger unit with a lounge, 2 rooms, 2 bathrooms and a kitchen. Its perfect for a young family or couple of fishing buddies. 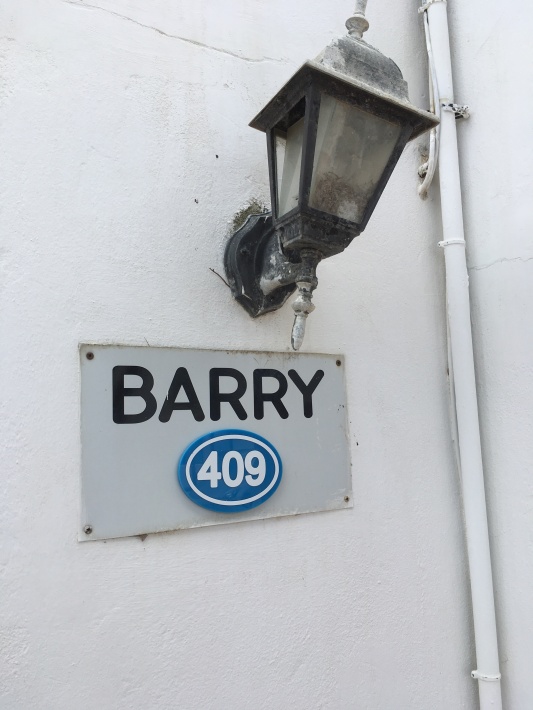 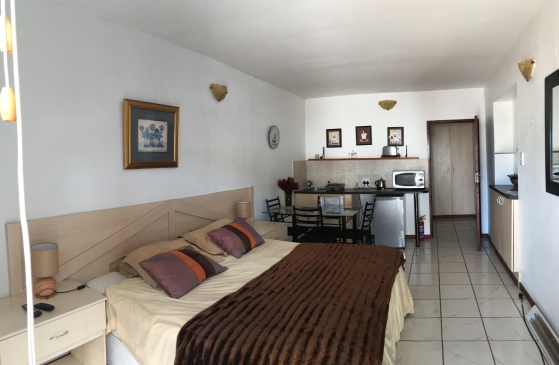 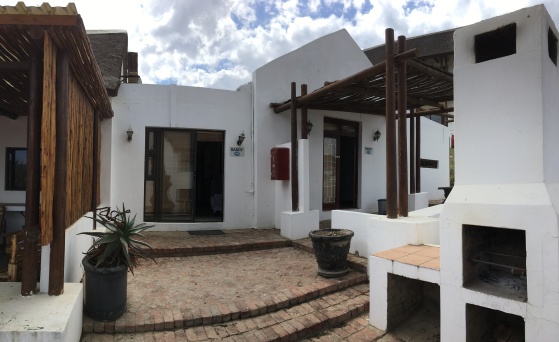 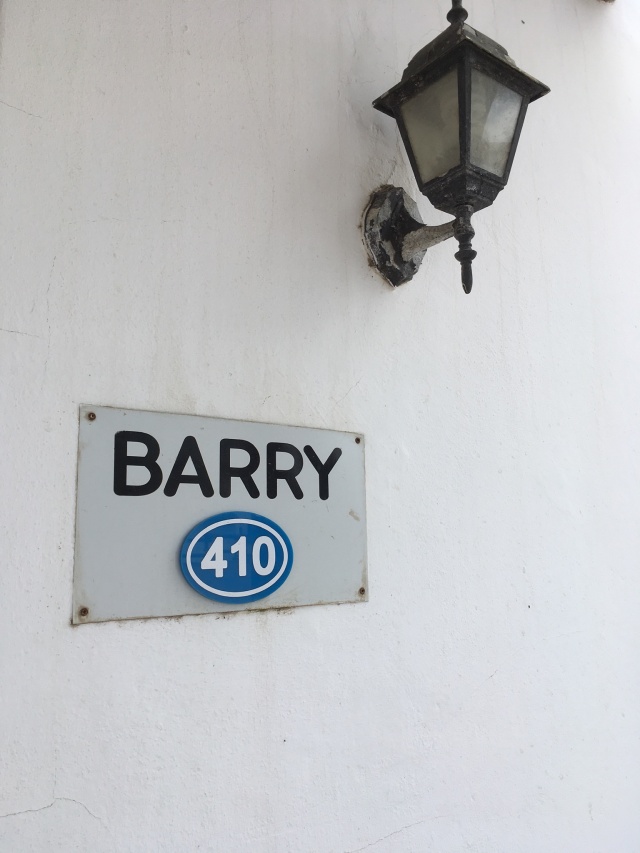 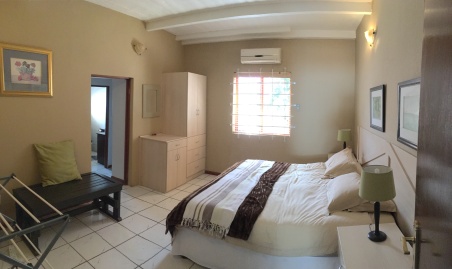 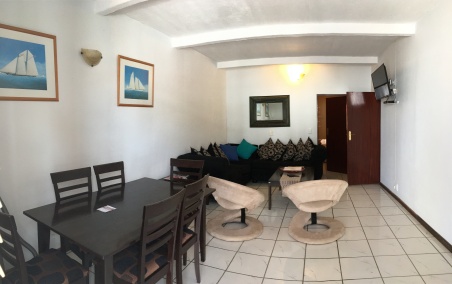 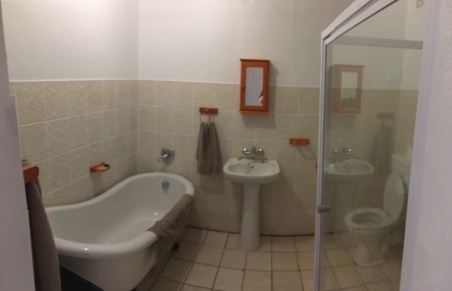 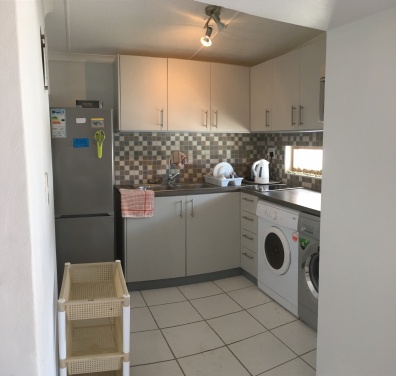 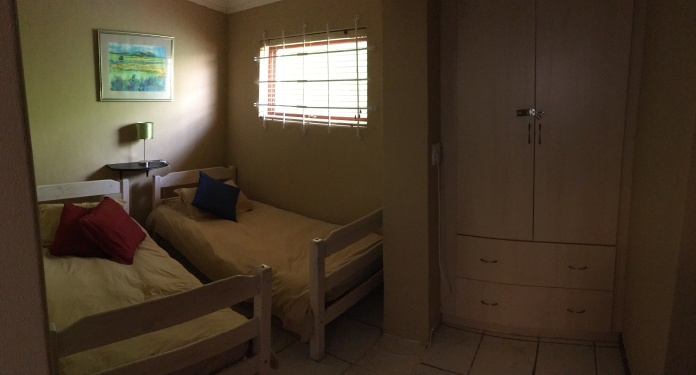